SCA Annual Report to the Community 2018

This newsletter service
is provided by:

This is our school community’s final fundraiser for 2019. Please do all you can to support the children gather sponsors and support for our annual Walkathon.

I wish to congratulate the Year 5 students following their camp in Sydney last week. The staff told me how pleased they were with the behaviour, attitude and participation of our students. I was really pleased to hear such glowing reports.

I extend a sincere thank you to Mrs Emma Currey, Mr Ben Sweeney, Miss Sam Slocomb, Ms Val Ciuffetelli and Mr Joseph McGrath who generously gave of their time (and sleep) to give the children such a great opportunity.

We recently received the results of our Annual Satisfaction Survey. Thank you to all who participated in the survey. We received responses from 293 parents.

The results below are the Executive Summary of the Parent Survey and these are represented using a traffic light system.

The results indicate that in many areas we are travelling well (green) with only a few areas to monitor more closely (yellow). We are of course our own worst critics and so we always have areas that we want to improve for our students and families. Our staff work very, very hard and the Executive Team are a great asset to the school. With the continued support of our excellent Community Council and parent community we can continue to grow our school to be the best possible learning environment for our students. Together we are strong.

You can read the results below. 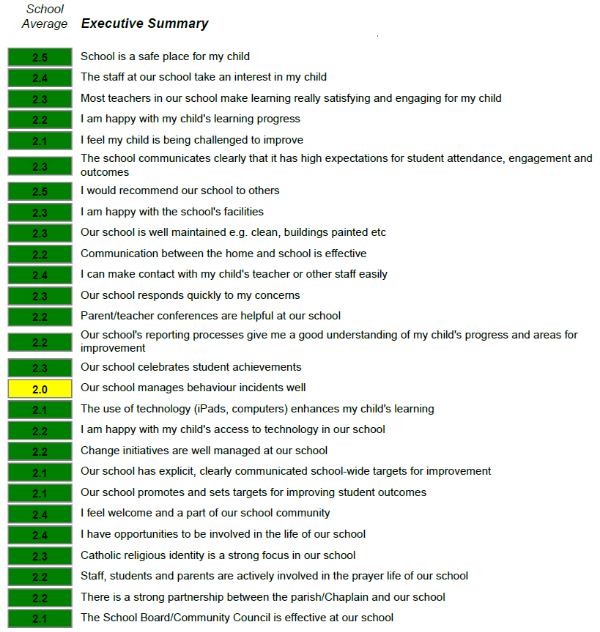 “You know you’ve grown up when a nap is no longer a punishment but a reward.” ~

Be the Light of… Leadership

This year our school has been focussing on Leadership as part of our broader vision to ‘Be the Light’. This term students and teachers have explored the qualities of good leaders and what it is that helps every person to be a leader in their community. We are looking forward to Year 6 leading us in a prayer celebration on Friday at 2pm in the hall, focussing on this theme.

Fr Praveen leaves our parish at the end of the month to take up his new role of assistant parish priest at Young. This Friday after Mass we will have a farewell morning tea for Father in the multi-purpose room of the Library. Please join us if you are able.

Congratulations to the children who will be awarded white cards at this Friday's assembly.

Can you believe it, Walkathon is only 1 week away! We will be heading off on

to walk around Gordon Pond. Please come along for a fantastic day of fun and walking. We are looking for as many helpers as we can get on the day to cover jobs such as setting up in the morning, stamping cards at the 4 checkpoints, cooking the BBQ and serving at the canteen.

If you are able to help out on the day please contact the office with your details.

PLEASE BE AWARE THAT ALL HELPERS ARE REQUIRED TO HOLD A CURRENT WORKING WITH VULNERABLE PEOPLE CARD AND MUST HAVE IT ON THEM ON THE DAY.

Remember we need your support and sponsorship to make this year’s Walkathon a fun day and a successful fundraiser for our school. We wold love to be able to purchase lots of new readers, sports equipment and ICT equipment for all of our wonderful students to use so please keep on collecting sponsorship money for your chance to win an awesome prize! 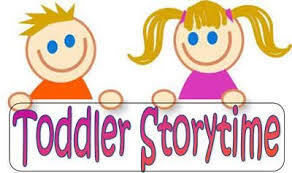 If you have a toddler who loves reading and art and craft, please join us in the Library

Monday morning from 8.20am till 8.45am.  We will share a story and do a craft activity.

This will start on Monday Week 9, 23 September.

This is not for SCA children, however, all toddlers are welcome.

Player of the Week and Match Reports

The last game for the season provided a number of challenges for the Swifts. The girls had just returned from camp and were all suffering from tiredness, the day was warm and we were playing the top team - a team that we were yet to beat. With game faces on, the girls started the match at full speed. They made great breaks, found space and moved the ball well. We were going goal for goal with the opposition. As the game progressed, the parents could see the tiredness starting to take over. Some passes were missing their mark and the movement was slowing down. Despite the opposition taking a large lead, the girls never gave up. An attribute that has impressed me this season.

As a coach, all I can ask for, is the girls to continually try hard, improve their skills and love playing netball with the Swifts. As the season closes, I think that I can tick all of those things off. A massive 'well done' to Lara, Tahlia, Zoe, Tabitha, Sophie, Steph, Nataliya, Misha, Chelsea and Tully. I have loved coaching you this season and look forward to coaching you for our last season together next year. Thank you to the wonderful parents who have supported me and the team throughout the season.

A NOTE FROM MRS AUSTIN

The netball season has now come to an end and I would like to congratulate all of our SCA netballers on an outstanding season.  All of our girls played with determination, a positive outlook and great sportsmanship.  They were proud representatives of SCA and have worked hard to improve their skills and knowledge of the game.

A huge thank you to all of our coaches and managers, who have worked so hard with the girls, ensuring they have learnt new skills and strategies and have a greater love of the game.  The coaches have given up so much of their time to train the teams during the week and attend the games each week.  Well done and thank you!

Thank you to all of the parents who have supported the girls and cheered them on each week.  We appreciate you taking the team to be involved in your children's sport.

Good luck to everyone going to Boorowa and the Catholic Schools Netball Carnival!

Congratulations to all the children who represented SCA at the recent Tuggeranong Athletics Carnival.

Mr Sweeney is very proud of the way you all participated. Well done! 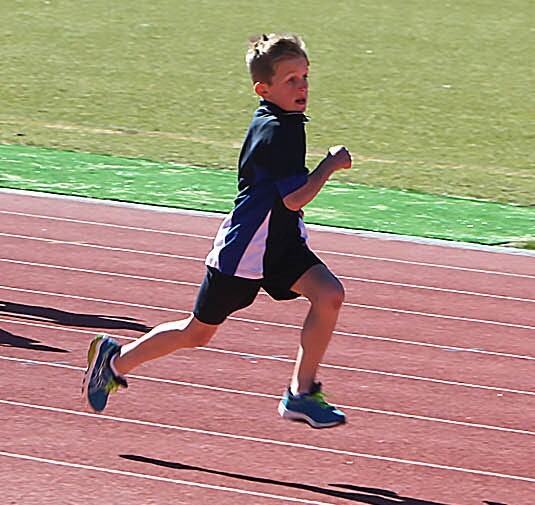 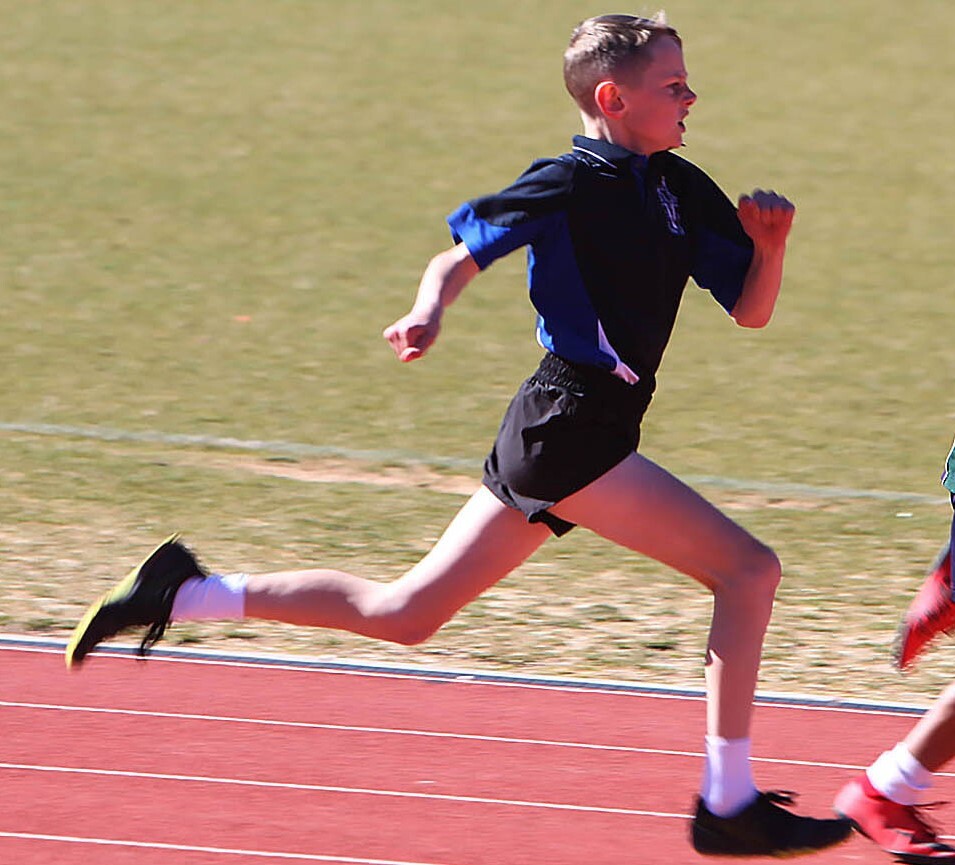 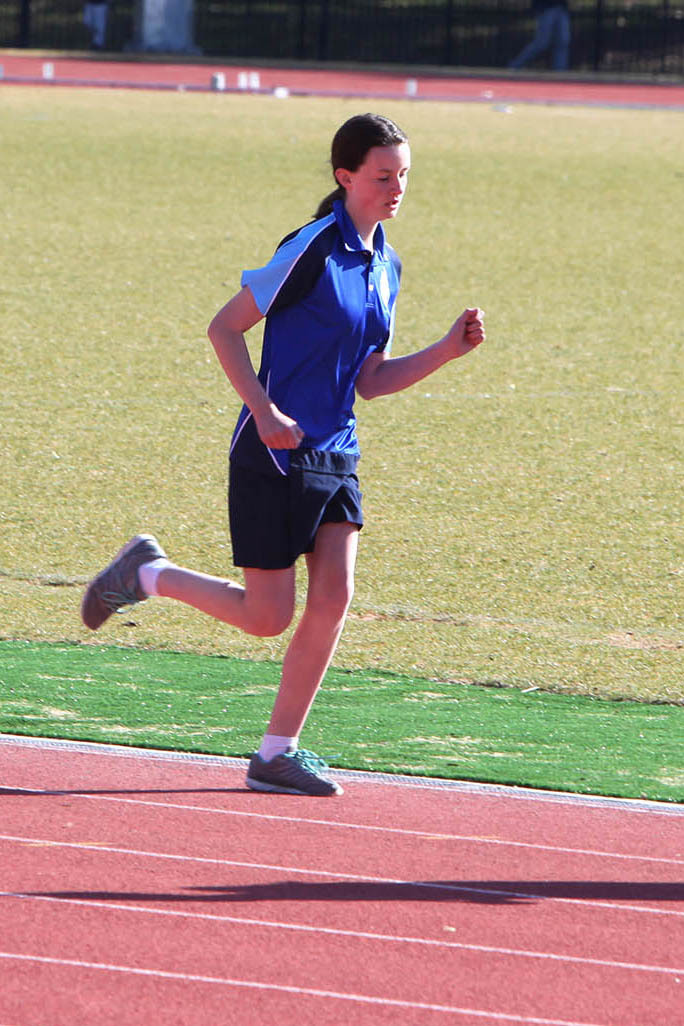 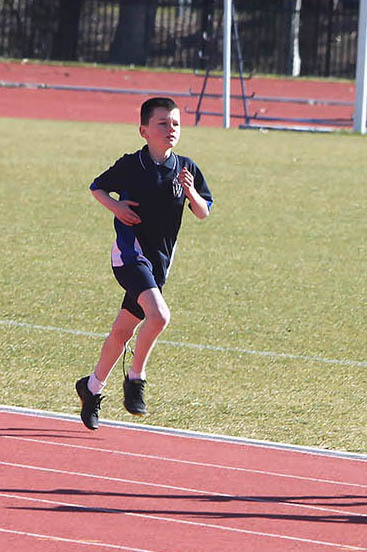 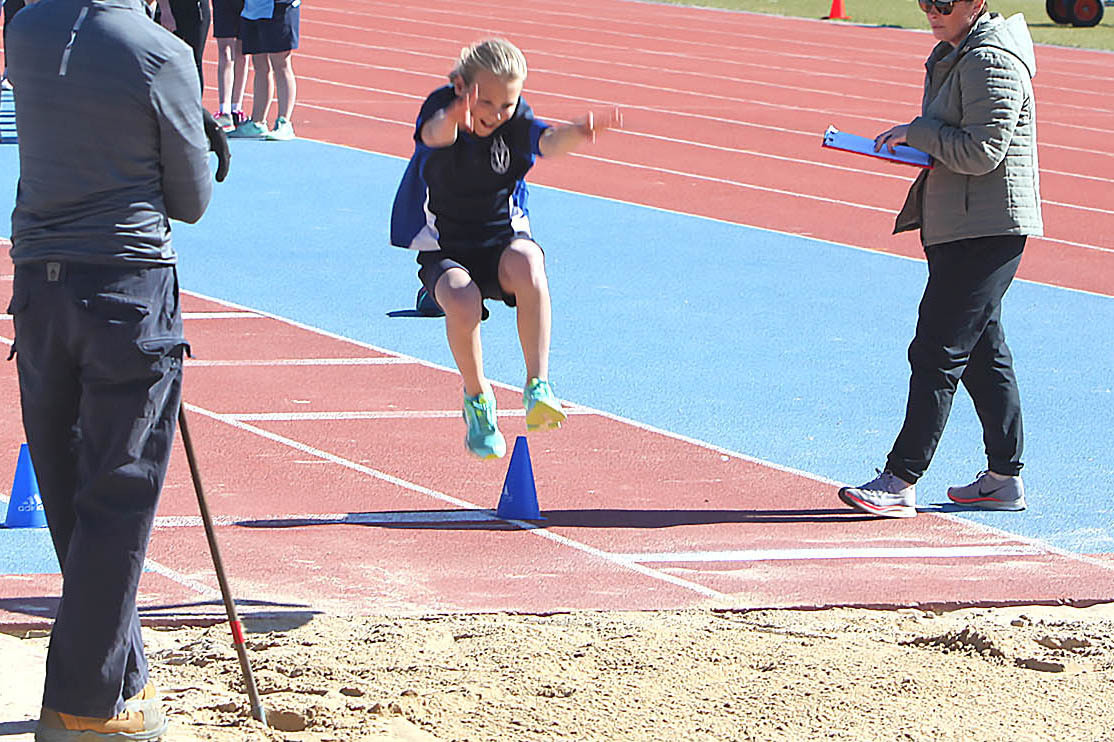 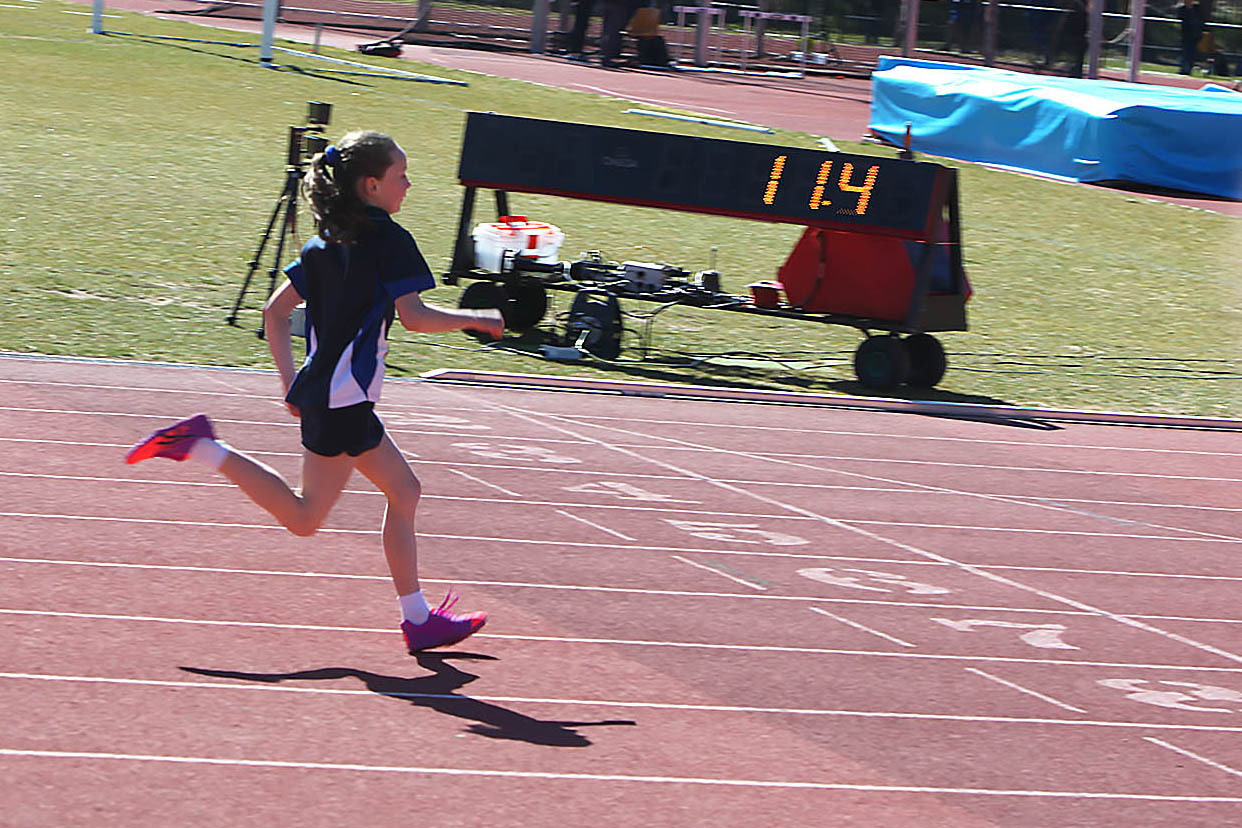 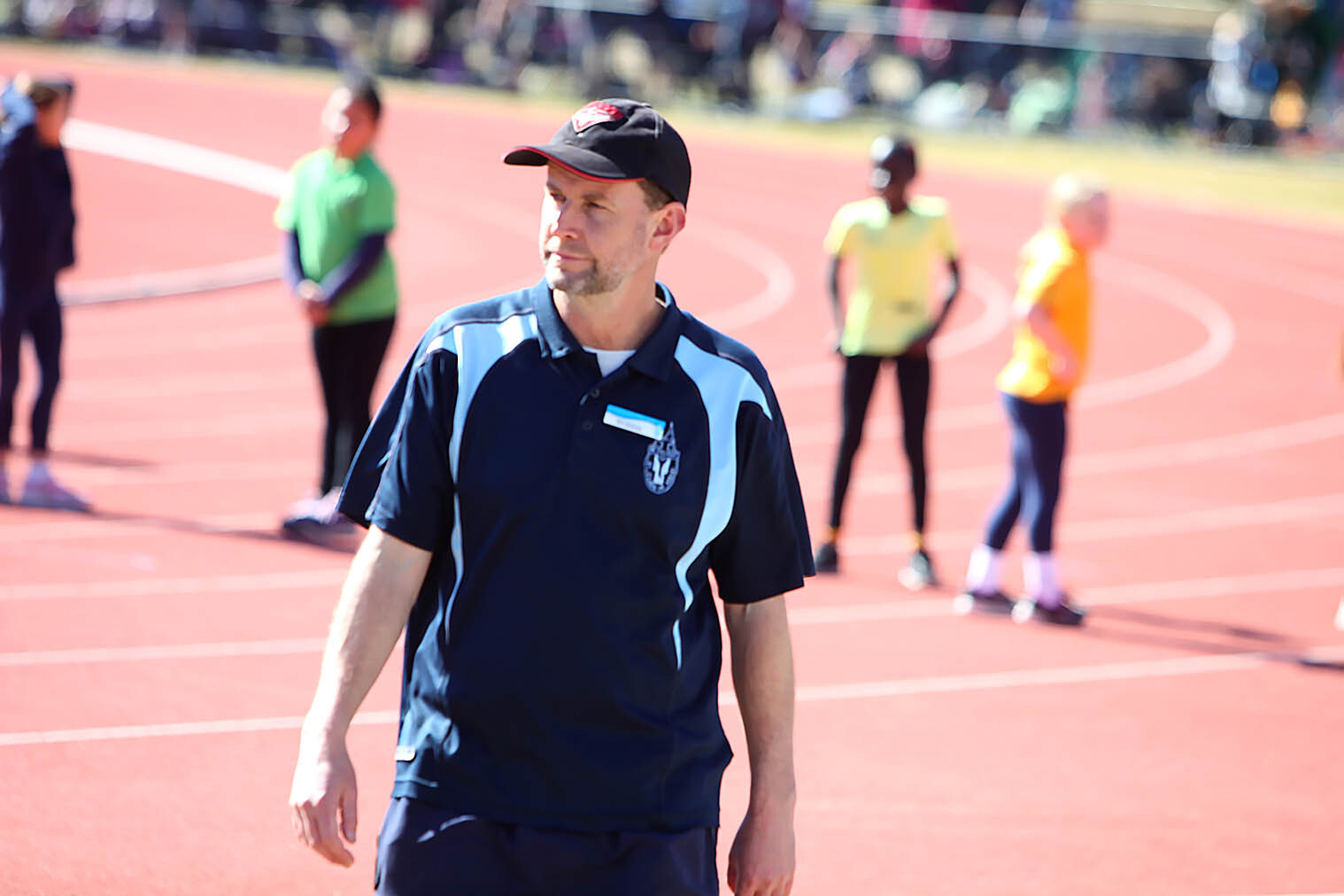 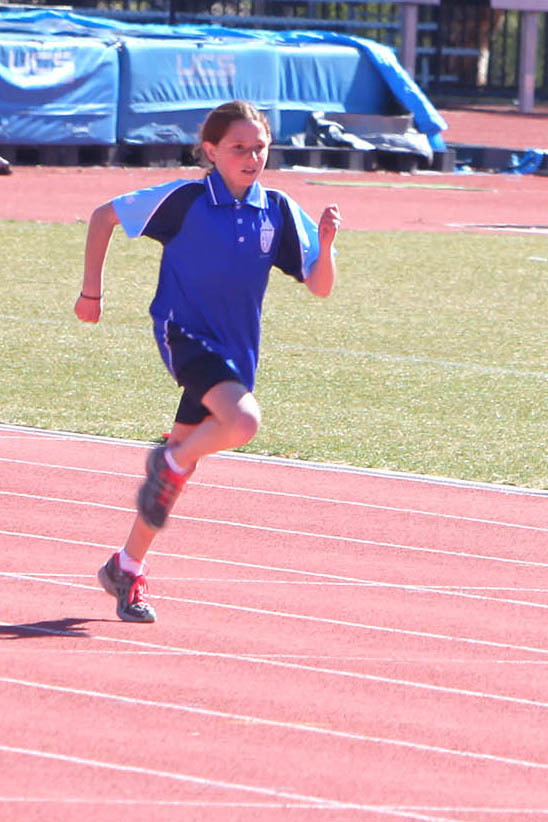 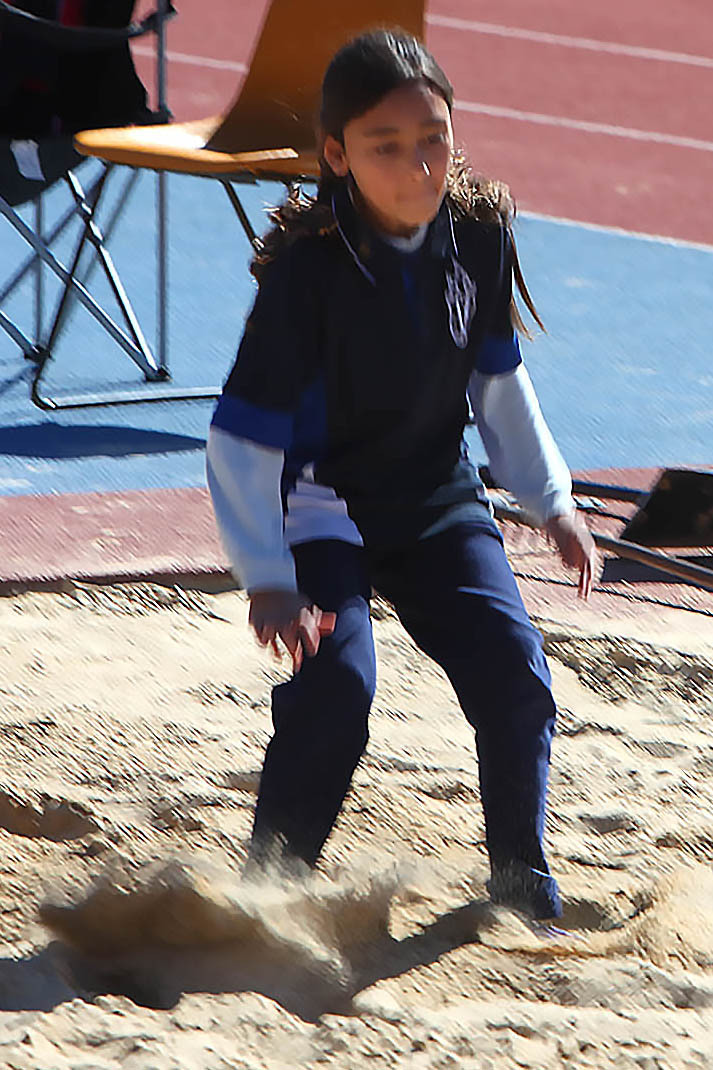 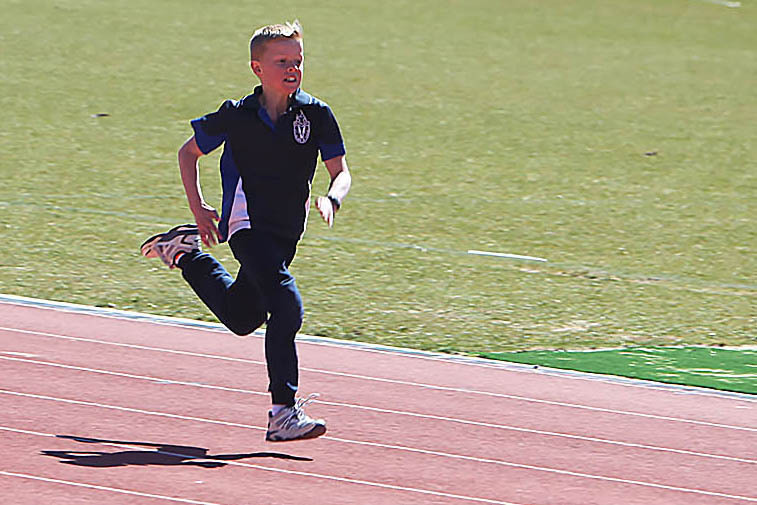 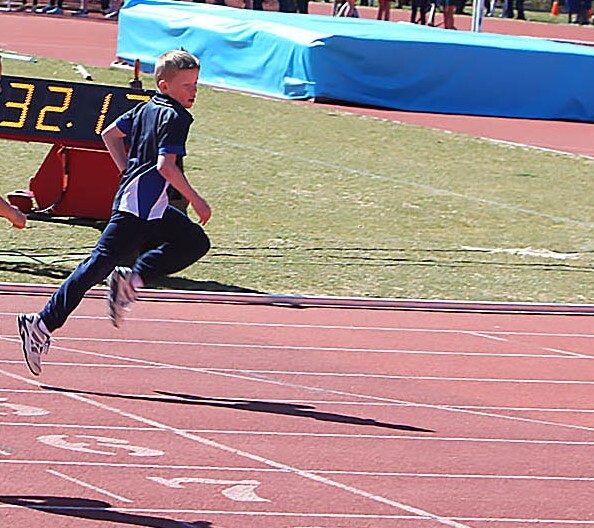 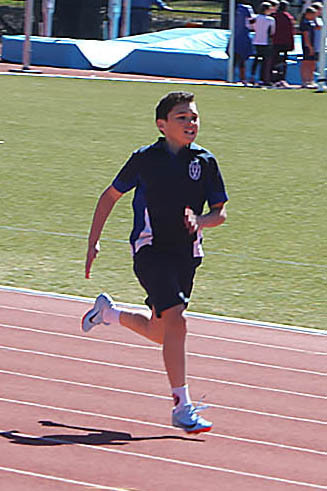 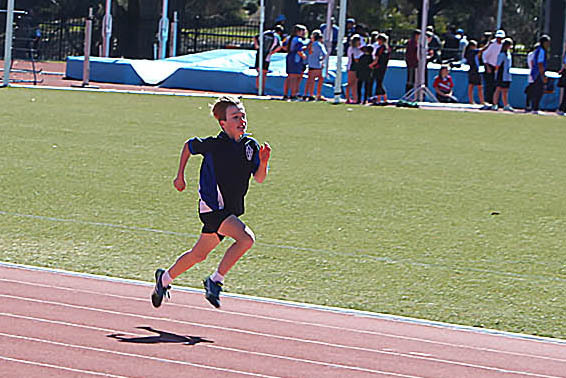 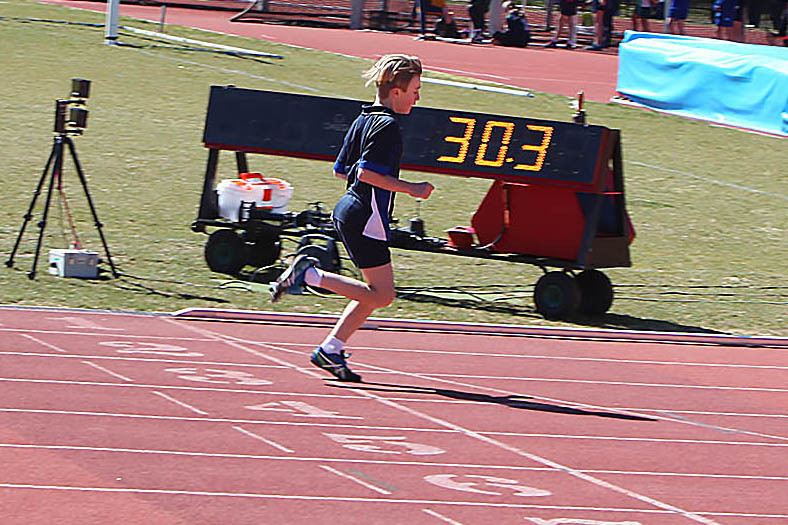 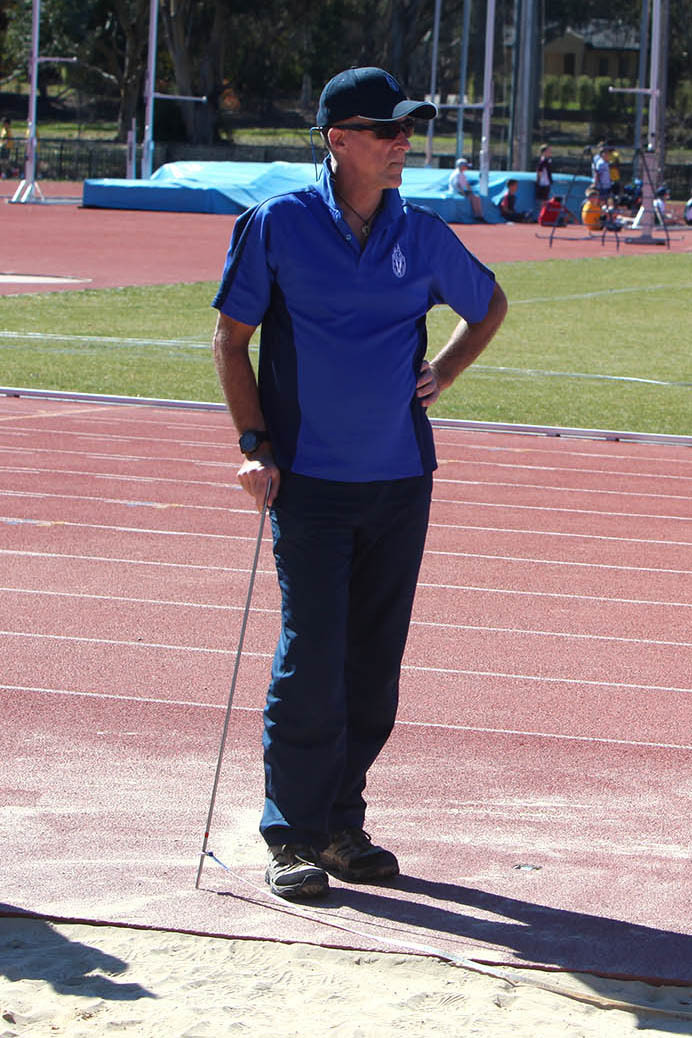 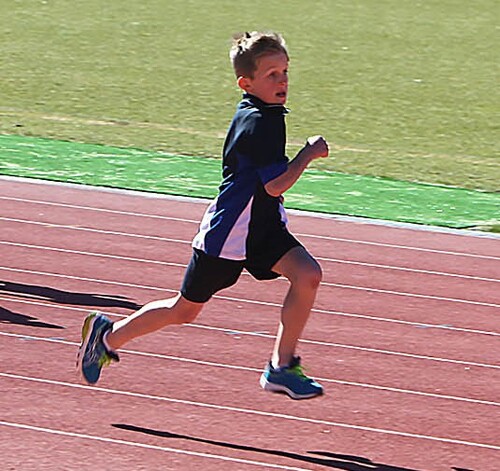 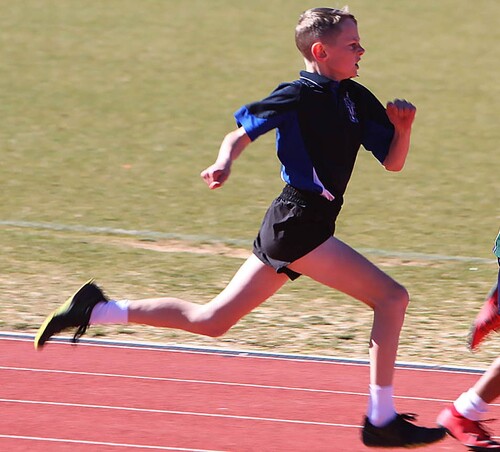 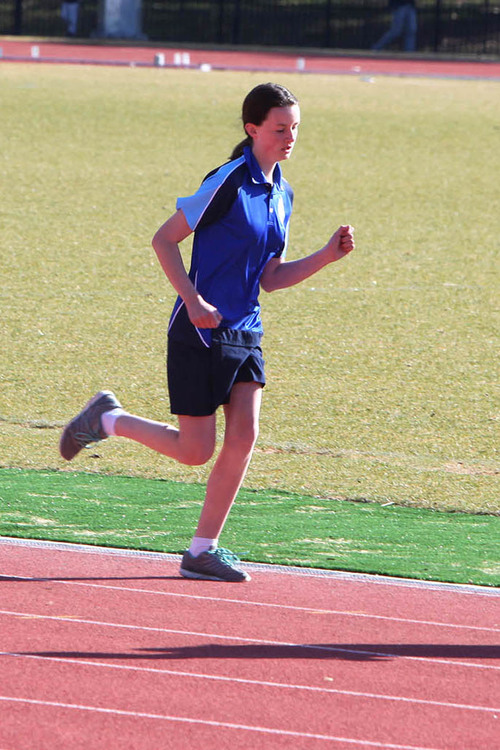 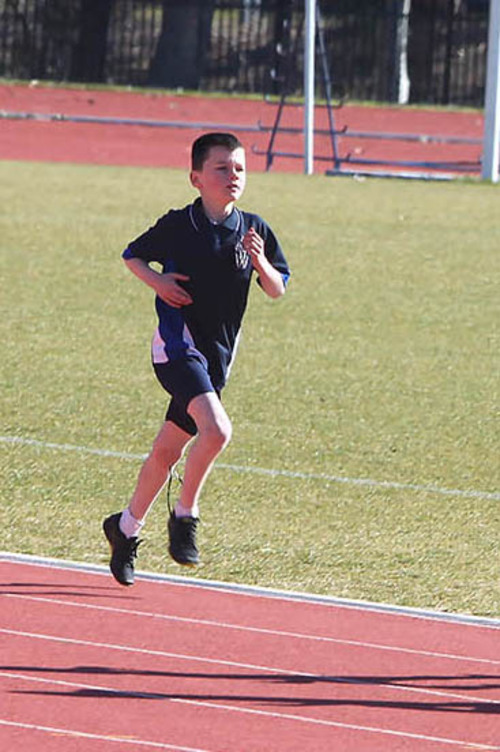 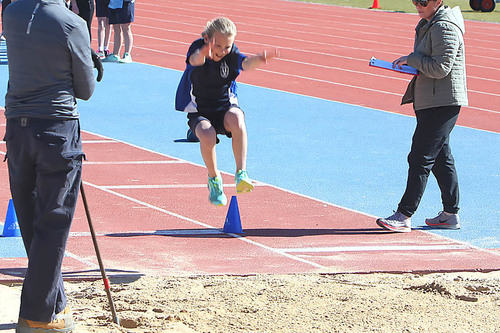 Congratulations to Jorge (4G) and Alana (2R) who competed in the ACT State Championship for Judo on Sunday.

Unfortunately, Jorge had some tough fights and did not place to receive a medal but he was awesome and fought hard!

Alana on the other hand, won a gold medal after two of her rounds went into golden points. Well done to both of you! 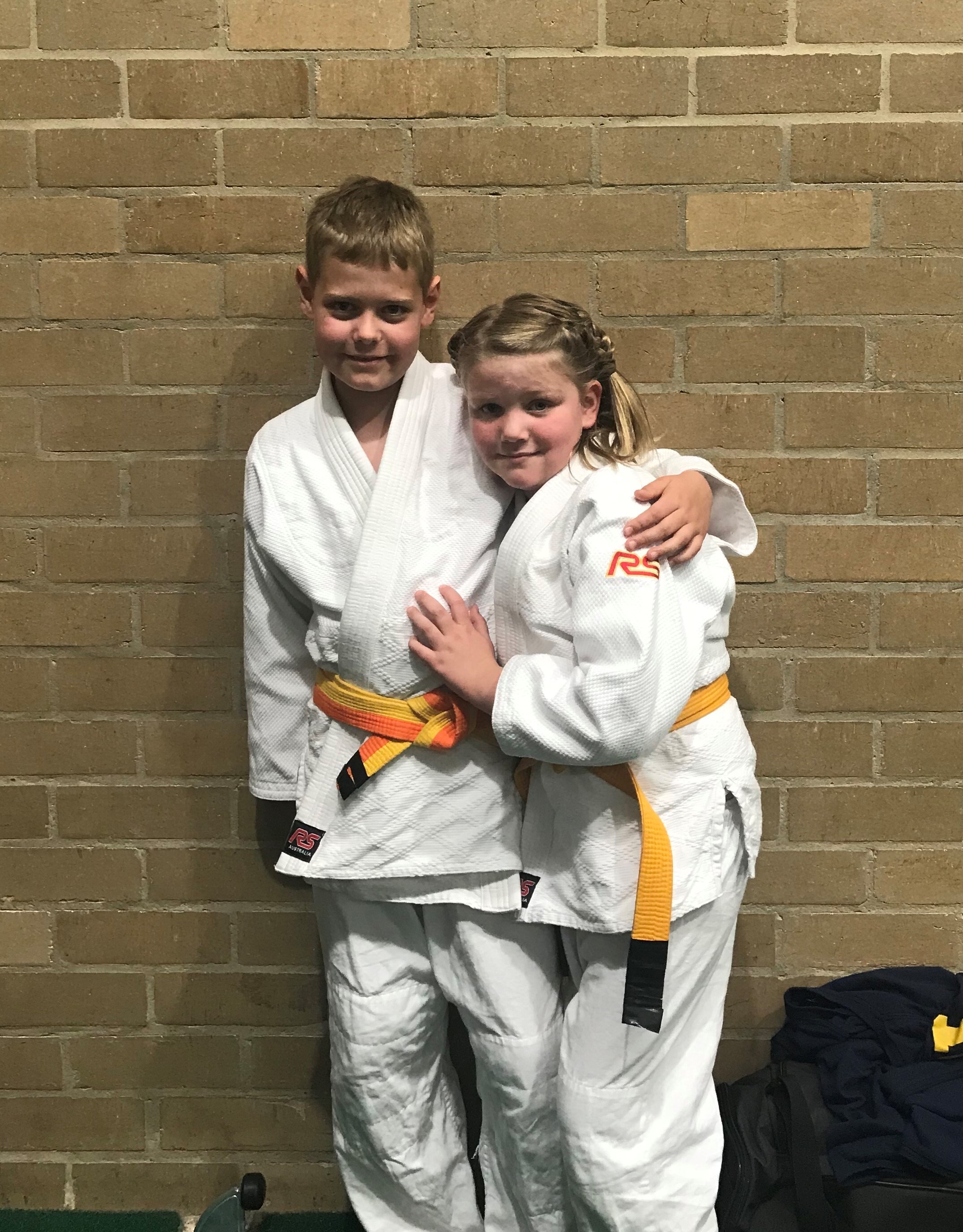 The Australian Girls Choir will be conducting an assessment workshop at

If you would like your daughter/girl to attend please complete the permission note and return it to Christine Roos,  Music Teacher, St Clare of Assisi Conder. 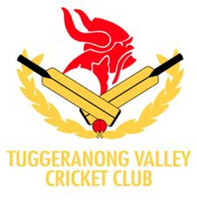 DOES YOUR CHILD WANT TO PLAY CRICKET?

Registrations are open to play cricket for Tuggeranong Valley Cricket Club in the 2019-20 season.

There are different formats for different age groups including:

Most games are on either Friday evenings, Saturday mornings or Sunday mornings.

For more information or to register please go to https://www.playcricket.com.au/club-finder/club-details?Id=3337. If you wish to speak to someone contact TVCC Juniors Vice-President Rod Chancellor at president@tvccjuniors.org.au or on 0415 105 036.